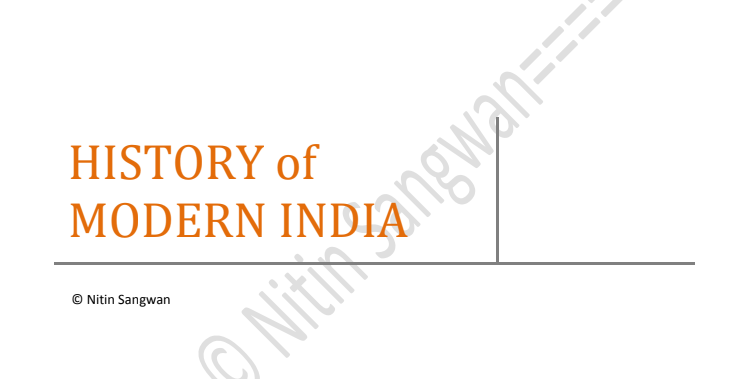 1.Azad Hind Fauz was formed in which among the following countries?
[A] India
[B] Singapore
[C] Japan
[D] Germany

2.Which among the following led to Jallianwala Bagh massacre?
[A] The Arms Act
[B] The Rowlatt Act
[C] The Public Safety Act
[D] Vernacular Press Act

Answer: B [The Rowlatt Act ]

3.August 9 1925 is known in the Indian History for which of the following incidences?
[A] Chauri Chaura incidence
[B] Kakori Train Robbery
[C] Jallianwallah Bagh Incidence
[D] The seize of Cawnpore

4.Who among the following was Viceroy of India at the time of partition of Bengal (1905)?
[A] Lord minto
[B] Lord curzon
[C] Lord Elgin
[D] Lord Chelmsford

6.Who among the following was greeted with Hartals when he visited India in November 1921?
[A] Prince of wales
[B] Elizabeth II
[C] Edward VIII
[D] Simon commission

Answer: A [Prince of wales]

9.Satyashodhak Samaj whose main aim was to liberate the social Shudra and Untouchables castes from exploitation and oppression was established by _____?
[A] Rajaram Mohan Rai
[B] Narayan Guru
[C] Mahatma Jyotirao Phule
[D] Lahuji Raghoji Salve

10.The “Chai Taret Khuntakpa” is a period ranging from 1817-1826 , which the Manipuris remember it as 7 years of devastation. In this context consider the following statements:
During this period, the rule of Assam and Manipur had gone into hands of the Burmese
The “Chai Taret Khuntakpa” ended with the Treaty of Yandabu
Which among the above statements is / are correct?

1.Who among the following was the last Nizam of Hyderabad?
[A] Muzaffar Jung
[B] Salabat Jung
[C] Asaf Jah V
[D] Asaf Jah VII

3.Even after the integration of the princely states which among the following places of India were still colonies of France?
[A] Pondicherry
[B] Karaikal
[C] Chandernagore
[D] All of the above

Answer: D [All of the above]

6.Who was the only Keralite to be was the President of the Indian National Congress?
[A] Pattabhi Sitaraimayya
[B] S. Srinivasa Iyengar
[C] C. Sankaran Nair
[D] Neelam Sanjiva Reddy

Answer: B [Sirajudduala and Robert Clive]

10.Who was the viceroy when Delhi became the capital of British India?
[A] Lord Waveli
[B] Lord Minto
[C] Load Curzon
[D] Lord Hardinge

Answer: Option D
Explanation : On 8 May 1917 in Adyar, Madras, a multiethnic group of women established the Women’s Indian Association (WIA). The WIA was one of the first organizations to boldly connect Indian women’s social and sexual subjugation with patriarchy, poverty, and political disenfranchisement.

Answer: Option B
Explanation : The Government of India Act 1858 was an Act of the Parliament of the United Kingdom passed on August 2, 1858. Its provisions called for the liquidation of the British East India Company (who had up to this point been ruling British India under the auspices of Parliament) and the transference of its functions to the British Crown.

3. The Ghadar Party was founded (November 1913) at San Francisco USA by
A. Madam Bhikaji Cama
B. Lala Har Dayal
C. Shyamji Krishana Verma
D. Both (a) and (b) above

Answer: Option B
Explanation : In 1913, Pacific Coast Hindustan Association was founded by Lala Hardayal with Sohan Singh Bhakna as its president, which was called Ghadar Party. The members of this party were the immigrant sikhs of US and Canada. The first issue of The Ghadar, was published from San Francisco on November 1, 1913.

Answer: Option B
Explanation : An agreement between Dr. Babasaheb Ambedkar and Mahatma Gandhi was signed 84 years ago on September 24, 1932. The agreement was signed by Pt Madan Mohan Malviya and Dr. B. R. Ambedkar and some Dalit leaders at Yerwada Central Jail in Pune, to break Mahathma Gandhi’s fast unto death.

5. Which of the following national leaders did not defended soldiers of the Indian National Army in 1945 case dealing with trial?
A. Sir Tej Bahadur Sapru
B. Bhula Bhai Desai

6. Which of the following treaties brought an end to the independent existence of Peshwa Baji Rao-II?
A. The Treaty of Purandhar
B. Convention of Wadgaon
C. Treaty of Bassein
D. Treaty of Salbai

Answer: Option C
Explanation : Baji Rao-II was the last Peshwa of the Maratha Empire who governed from 1795 to 1818. He was installed as a puppet ruler by the Maratha Nobles, whose growing power prompted him to flee his capital and sign the treaty of Bassein 1802 with British.

8. The first woman to become a Chief Minister of any State in India was
A. Nandini Satpathy
B. Dr. J. Jayalalitha
C. Sucheta Kripalani
D. Ms. Mayawati

Answer: Option C
Explanation : Sucheta Kriplani (née Mazumdar, 25 June 1908 – 1 December 1974) was an Indian freedom fighter and politician. She was India’s first woman Chief Minister, serving as the head of the Uttar Pradesh government from 1963 to 1967.

Answer: Option C
Explanation : Bankim Chandra Chattopadhyay was born on June 27, 1838, in Naihati in West Bengal to an orthodox Bengali Brahmin family. He wrote the national song ‘Vande Mataram’, which was a part of his novel Anandamath (1882). It is a political novel depicting a Sanyasi army fighting the British soldiers.

10. Who is regarded as as the ‘father of modern India’
A. Raja Ram Mohan Roy
B. Swami Dayananda Saraswati
C. Sri Aurobindo
D. Bhagat Singh

Answer: Option A
Explanation : Raja Ram Mohan Ray is known as the `Father of Modern India’ in acknowledgment of his age making social, instructive and political changes.

11. The most Important feature of the Government of India Act of 1919 was
A. enlargement of Indian Councils
B. provision for direct election
C. dyarchy in the Provinces
D. All the above

Answer: Option D
Explanation : The most Important feature of the Government of India Act of 1919 was enlargement of Indian Councils, provision for direct election and dyarchy in the Provinces.

Q 2 – Who among the following young girls shot dead the magistrate?

Q 3 – The Deoband School of Islamic Theology was founded by …

Answer : A
Explanation- It was founded in 1866 in Saharanpur, Uttar Pradesh.

Q 4 – The major restriction led by the Prevention of Seditious Meetings Act, 1907 was …

Q 5 – Who among the following had founded the Brahmo Samaj?

Answer : A
Explanation- Brahmo Samaj was founded in 1828.

Answer : B
Explanation- Along with Madan Mohan Malaviya, the Bharat Dharma Mahan-mandala was founded by Deen Dayal Sharma and Gopal Krishna Gokhale.

Q 7 – After the Battle of Buxar, who among the following placed on the throne?

Q 8 – In whose viceroyalty, the Harcourt Butler Indian States Commission was formed?

Q 9 – Under whose governorship, the Universities of Calcutta, Madras, and Bombay were established?

Answer : C
Explanation- The Universities of Calcutta, Bombay, and Madras were set up in 1857.

Q 10 – In reference to Wavell Plan, Consider the following statements:

1. The Plan proposed that the caste Hindus and Muslims were to have equal presentation.

2. The Plan proposed that the Governor-general was to exercise his veto on the advice of ministers.

Choose the correct answer from the codes given below:

This PDF is not related to MyNotesAdda and if you have any objections over this pdf, you can mail us at zooppr@gmail.com